To create paragraphs, simply enter text. Use a blank line to start a new paragraph.

Words on two lines in a row will wrap and fill as needed (the normal XHTML behavior). To turn off the automatic filling, use the (:linebreaks:) directive above the paragraph.

Blocks of text to which (:linebreaks:) has been applied can be indented by preceding the first line of the block with indention arrows (->) and aligning subsequent lines under the first. An unindented line stops the block indentation. See Cookbook:Markup Tricks for an example.

Powerful new* feature
When you define terms using this markup
PmWiki? will recognize them as PageTextVariables?
that you can use on any page or PageList?.
* Added in PmWiki version 2.2.0

Definition lists are made by placing colons at the left margin (and between each term and definition):

Whitespace indentation in lists. Any line that begins with whitespace and aligns with a previous list item (whether bulleted, numbers or definitional) is considered to be "within" that list item. Text folds and wraps as normal, and the (:linebreaks:) directive is honored.

This rule also apply on definition lists, but only the number of leading colons is significant for the following whitespace indented lines.

Otherwise, lines that begin with whitespace are treated as preformatted text, using a monospace font and not generating linebreaks except where explicitly indicated in the markup. Note to administrators: Starting with version 2.2.0-beta41, this feature can be modified using $EnableWSPre. (Another way to create preformatted text blocks is by using the [@[email protected]] markup.)

Four or more dashes (----) at the beginning of a line produce a horizontal line.

Note that level 1 heading is already used as page title (at least in the PmWiki skin), so you should start with level 2 headings to create well formed, search engine optimized web pages.

Anything placed between [= and =] is not interpreted by PmWiki, but paragraphs are reformatted. This makes it possible to turn off special formatting interpretations and neutralise WikiWords that are not links (even easier is to use a tick ` in front, like `WikiWord).
This is useful to allow for escaped [=link address=] to have any special characters, including quotes, spaces, parentheses and pipes.

For preformatted text blocks, use the [@[email protected]] markup. It does neither reformat paragraphs nor process wiki markup:

The multiline [@[email protected]] is a block markup, and in order to change the styling of these preformatted text blocks, you need to apply a "block" WikiStyle?.

It is also useful to use [= =] within other wiki structures, as this enables the inclusion of new lines in text values. The example below shows how to include a multi-line value in a hidden form field.

Note that "Replace on save" and "Replace on edit" patterns like ~~~~ can replace strings even within escape sequences, use $EnableROSEscape to control that.

(:comment Some information:) can be very kind to subsequent authors, especially around complicated bits of markup.

Tables? are defined by enclosing cells with '||'. A cell with leading and trailing spaces is centered; a cell with leading spaces is right-aligned; all other cells are left-aligned. An empty cell will cause the previous cell to span multiple columns. (There is currently no mechanism for spanning multiple rows.) A line beginning with '||' specifies the table attributes for subsequent tables. A '!' as the first character in a cell provides emphasis that can be used to provide headings.

See the free icons page or below for available symbols and their names.

There are 2 ways to use the icons -- either with PmWiki:WikiStyles, or with the custom tilde shortcut defined above.

With WikiStyles?, you need to type %fa fa-ICONNAME% %% where ICONNAME is the name of the icon, e.g. "arrow-right". Note the spaces and the percents.

With the shortcut markup, you can type ~fa-ICONNAME where ICONNAME is the name of the icon, e.g. "arrow-right". Note that after the shortcut you need to have a character different from lowercase [a-z] and dash, for example a space. You can use the non-breaking space &nbsp; to avoid a line break, or the null space [==] to glue the icon to the next letter.

Using the tilde shortcut allows you to have other inline wikistyles, for example color:

Then add >>acc<< at the beginning of the region of the accordion and >><< at the ending region.

And this is the result. Accordions WON'T close on their own, but clicking another one like this one here will close any open ones. Try it. 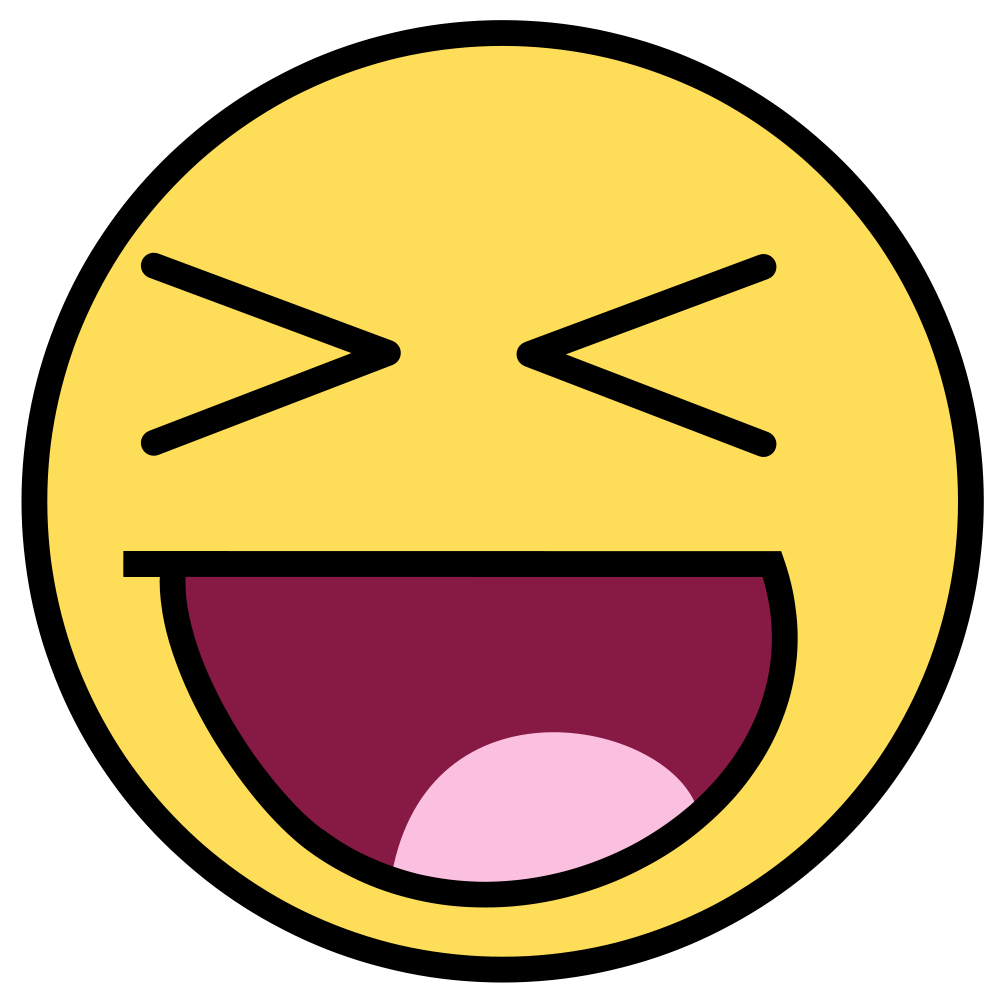